skip to main | skip to sidebar

last year this time we got a little doggie, named peanut. because it was so cold, I decided he needed a sweater.  so I took an old sweatshirt and cut a piece from the arm. 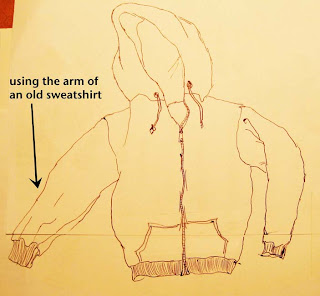 I cut off the cuff, but sure to leave a bit of the wristband edge so it won't fray.  then I cut the sweatshirt at the forearm, at an angle. 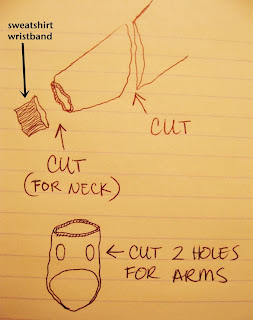 lastly cut 2 holes for  his arms.  he was so small then, he could fit in the wrist of a sweatshirt! 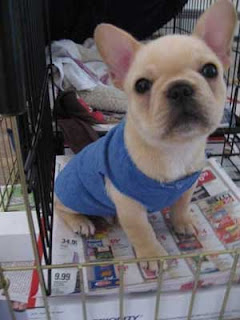 this was a year ago. next week I'll post a much larger hobo sweater I made for him using the rest of the blue sweatshirt.
Posted by burgerlog at 2:54 PM

such a sweet little idea !

that peanut sure is a little lovebug

Anna, you ROCK. And Peanut sure is rocking that sweater. I wonder if Kika would be into that...

I want to eat him.

stores that carry my plush: